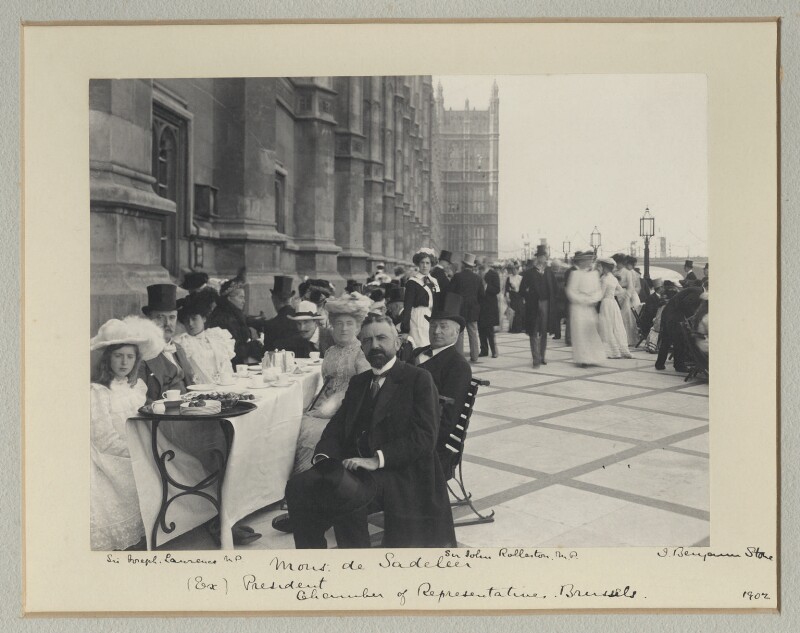 Tea on the Terrace of the House of Commons was, by the beginning of the twentieth century, regarded as an integral part of the London ‘season’, the three month or so round of parties, races, dinners and balls (as well as rather more staid entertainments such as the Chelsea Flower Show, the Royal Tournament and the Royal Academy Summer Exhibition) that was enjoyed, or sometimes endured, by high society.